The attorneys of the Canyons Law Group are pleased to provide top professional legal representation to clients throughout Utah. With offices on the Wasatch Front, we serve clients in Northern Utah, Southern Utah, and anywhere else in Utah that we may be needed.

Counties in Central and Eastern Utah

Find the Right Attorney in Utah

No matter where you are in Utah, whether you are dealing with matters in the state district courts or local/municipal justice courts, our attorneys are ready to assist you. Contact us today to see the difference the right attorney can make.

The goal of this page is to present the best answers to frequently asked questions relating to Utah legal issues. While the information contained herein is believed to be accurate as of the time of initial posting, it is important to have advice and legal counsel from an experienced attorney.

Small differences in facts and circumstances can make a significant difference in determining the best legal response to any given situation. No website can substitute for the advice of a real attorney.

Stephen Howard and the Canyons Law Firm provide estate planning services to clients all along the Wasatch Front, and throughout Utah. If you have questions about wills, trusts, probate, advance health care directives, powers of attorney, or other estate planning issues, please contact us today to arrange for an initial confidential consultation.

How expensive is it to use an estate planning attorney?

Sometimes the better question is not “how expensive will it be to use an attorney?” Instead, you may want to ask how costly it could be to not use an attorney. In some cases, using an attorney can actually end up saving you money and time, both now and in the long run. Consider the following real situation. (Names and details have been omitted to preserve client confidentiality.)

I recently had the opportunity to meet with a woman whose husband had passed away a few months earlier. I was originally contacted by an attorney with a law firm in another state, who told me that the woman needed to be appointed as the personal representative for her deceased husband’s estate so that the firm could release certain funds that it was holding on behalf of the husband’s estate.

The attorney with the other law firm informed me that the husband had died without any will (had died “intestate”), and that he had children from a prior relationship. Under Utah’s laws governing intestate succession, this would mean that the wife would be entitled to roughly one-half of her husband’s estate, and that the two children would share equally in the remaining one-half of the estate.

To have the wife appointed by the court as the personal representative of her husband’s estate, a formal probate action would be necessary. If uncontested, the probate action would require filing a petition for formal adjudication of intestacy. Court filing fees would have to be paid. Heirs who agreed with the appointment would each have to sign a waiver of notice. If heirs disagreed and filed an objection, court hearings could be required. The process could become lengthy and costly. This was the process upon which she was about to embark.

Instead, she decided to consult with me. After a few minutes talking on the phone, we decided to meet the next afternoon. We spent about an hour reviewing her situation, gathering information about her husband’s estate, his heirs, the nature of the issue in the other state that had brought about the involvement of the other law firm, and other relevant information.

By the end of our time together, we were able to determine that rather than filing a formal probate action, a small estates affidavit could be used to accomplish what needed to be done. I asked her to wait a few minutes while we put together the necessary paperwork. She signed the small estates affidavit, we had it notarized, then we scanned it and emailed a copy to the out-of-state law firm.

That was it. Problem solved.

By consulting with an attorney, she was able to save a substantial amount of money. (Even if she had filed the probate action on her own, without an attorney, just the filing fees would have been substantially more than what we charged her for our work.) And instead of the weeks or months that could have been required to go through the probate process, we were able to get her what she needed in just a little over an hour.

Contact a Utah Attorney at the Canyons Law Firm

The Canyons Law Firm is pleased to provide legal services to clients on Wasatch front, and throughout all of Utah. Contact us today to arrange for an initial attorney consultation, and learn what we can do to help you with your estate planning needs.

What to Expect and Where Servicemembers Can Find Help

When accused of a crime, whether you’re a civilian or active duty, you need help from a skilled lawyer with the right experience. Someone who can navigate your unique situation. At Canyons Law Group, that’s exactly what we have: a team of skilled lawyers who can guide and advise you outside the courtroom, and vigorously defend you and your rights in the courtroom. Whether you are facing criminal charges in the civilian system or a court martial in the military justice system, our team of attorneys has the experience necessary to help you obtain the results you need.

A civilian attorney can work alongside your appointed military lawyer to ensure that your rights are protected.

In civilian courts, the terms “misdemeanor” and “felony” are used to designate the severity of the law broken. The military justice system does not use these terms. Instead, three types of courts martial are used for different offense levels. The most serious charges (roughly equivalent to a felony in a civilian court) are brought in a general court-martial proceeding. Lower level charges (similar in severity to a civilian misdemeanor charge) are brought in a special court-martial proceeding. Minor misconduct may be dealt with through a summary court-martial or under Article 15.

Similar to the felony-misdemeanor distinction in civilian criminal justice systems, these different levels of courts martial determine the maximum punishment and, often most importantly, the affect a court-martial conviction may have

The court-martial process starts when someone on active duty is accused of violating the Uniform Code of Military Justice (UCMJ). Formally, this accusation is called preferral. Preferral is usually done by the servicemember’s commander but it can be done by anyone that is subject to the UCMJ.

Following preferral, a court martial must normally be initiated within 120 days of preferral. But there are various ways this 120-day deadline can be extended.

Pretrial confinement is rare in the military. It usually happens when someone has deserted in order to avoid the court martial process or when they continue to engage in misconduct. When it does occur, there must be a review within 72 hours by a neutral officer. Pretrial confinement also starts the 120 day speedy trial clock.

Following the preliminary hearing, many cases are resolved through a pretrial agreement (called a PTA). PTAs are a contract between the accused and the commander that convenes the court martial. In the agreement, the accused agrees to plead guilty in exchange for a limit on his/her sentence. It does not set the punishment but rather sets the limit so that the accused can be sentenced to a lesser sentence by a judge or jury but cannot be sentenced a greater punishment.

If a PTA is not reached, the accused may enter a not-guilty plea. The court martial then proceeds to trial.

The military version of a “jury” is a panel of officers, and sometimes enlisted servicemembers. All members of the panel must be of higher rank than the accused.

As in a criminal trial in civilian court, both sides can present evidence and call witnesses, and the government has the burden of proving its case. Based on the legally-required presumption of innocence, the defense has no obligation to call any witnesses or present any evidence.

After evidence and argument are presented, the panel deliberates and makes a decision. Unlike a civilian criminal jury, the panel is not required to be unanimous. Three-fourths of the panel must agree in order to be convicted. There are no hung juries in a court martial.

Throughout entire court-martial process, including punishments under Article 15, UCMJ, you have the right to be represented by both your appointed military lawyer and, if you choose, a civilian lawyer. While your military defense attorney is free, you must pay for your civilian defense attorney. Civilian attorneys often times bring with them many years of experience that your military attorney may not have.

The criminal defense lawyers at Canyons Law Group takes a team approach to every case. Many law firms will assign a single lawyer to a case. When you hire the Canyons Law Group to represent you at court martial proceedings, a minimum of two of our civilian defense lawyers would normally be sent to represent you alongside your military defense counsel. Further, our attorneys work in collaboration with each other in a way that gives our clients the benefit of the combined experience of the entire team.

Whether you are facing court martial in the military justice system or a criminal charge in civilian court, our attorneys are ready to help. Contact us today to see what the right attorney can do for you. 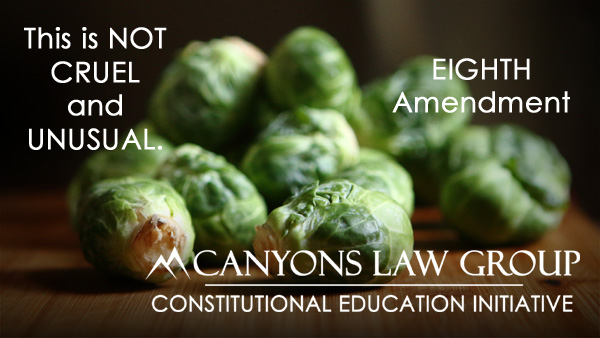